Star Trek is an American science fiction entertainment franchise created by Gene Roddenberry. The franchise came to life as a television series in 1966 originally called Star Trek but later retronymed Star Trek: The Original Series which garnered such a strong fanbase that lead spinoffs such as Star Trek: The Animated Series, Star Trek: The Next Generation, Star Trek: Deep Space Nine, Star Trek: Voyager, and Star Trek: Enterprise. These six television series are considered to be the main part of Star Trek mythos although there has been debate as to whether The Animated Series should be part of the canon to Star Trek. The franchise's canon also includes the successful film series. Although the critical response of the franchise's media have varied from show to show and film to film, nonetheless the franchise has been nominated for and won various awards and honors. The success of both the television series and film series have led to a wide range of fictional spin-offs including dozens of games, hundreds of novels, numerous toy lines and replicas, as well as a themed attraction in Las Vegas (opened in 1998 and closed in September 2008) and at least two traveling museum exhibits of props. Ever since it began the series has begun a cult phenomenon, initiated the creation of the full-fledged language Klingon, having gained a a fanbase with its own name along with spawned many pop culture references including parodies and fan productions. [1] Roddenberry used westerns such as it being Wagon Train but in space as inspiration along with references of the novel Gulliver's Travels as it would be a suspenseful adventure story along with being a morality tale. The original Star Trek followed the interstellar adventures of James T. Kirk and the crew of an exploration vessel of a 23rd century galactic "United Federation of Planets"—the Starship Enterprise. This series debuted in 1966 and ran for three seasons on NBC, after the network rejected an initial pilot film "The Cage" with a mostly different cast, though this pilot is now routinely packaged with the original series. Following the release of other series in the franchise, the Kirk-led series was retroactively referred to as "Star Trek: The Original Series" to help distinguish between it and the growing franchise. These adventures were continued by the short-lived Star Trek: The Animated Series and six feature films. Four more television series were eventually produced, based in the same universe but following other characters: Star Trek: The Next Generation, following the crew of a new Starship Enterprise set a century after the original series, Star Trek: Deep Space Nine and Star Trek: Voyager, set contemporaneously with The Next Generation, and Star Trek: Enterprise, set before the original series, in the early days of human interstellar travel. Four additional feature films were produced, following the crew of The Next Generation, and, most recently, a 2009 movie reboot of the franchise featuring a young crew of the original Enterprise set in an alternate timeline.The film's success has even lead to a upcoming 2013 sequel. The original Star Trek series began production under Desilu Productions. With the merger of Desilu into Paramount Pictures, that studio assumed outright ownership of the Star Trek franchise. In 2006, rights transferred to CBS when it took Paramount's TV division as part of its split from Paramount owner Viacom. However, certain aspects such as feature film and DVD distribution rights still remain under the control of Paramount. 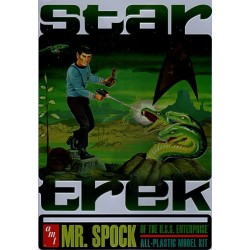 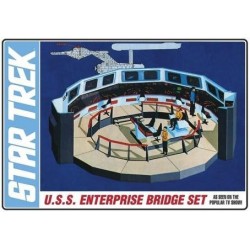 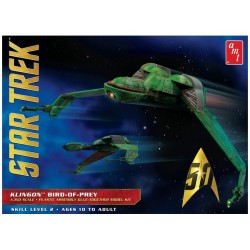 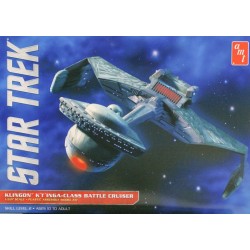 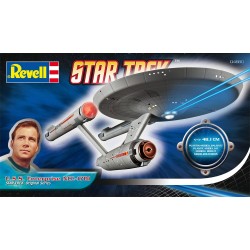 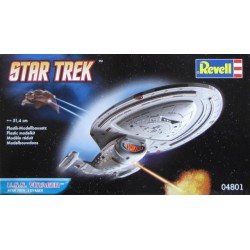