Ace Combat is a hybrid arcade-simulation flight action video game series featuring 12 games, published by the Japanese company Namco Bandai Games, and produced by Project Aces, an internal development team. The series emphasizes fast-paced action and dramatic plots, and has established itself as one of the most successful arcade flight action franchises. Most games of the series take place in the same fictionalized world populated with fictional countries with details loosely based on real-life location, events, and wars. One of the main selling points of the series is the ability to pilot a range of aircraft that include accurate or slightly modified representations of present day military aircraft, prototypes that never saw actual battle, and completely fictional boss-type superweapons. Longtime fans of the series are rewarded with small hints of the continuity between the games, as some characters and events are referenced from one game to another. The first three titles were released on Sony's PlayStation platform, while three subsequent titles were released on the PlayStation 2 (Ace Combat 4, Ace Combat 5 and Ace Combat Zero: The Belkan War). One title, Ace Combat X, was released on the PlayStation Portable (PSP) platform, while another title, Ace Combat 6, was released on Microsoft's Xbox 360 platform. Ace Combat Xi was released on Apple Inc.'s iOS in 2009, while Ace Combat: Joint Assault was released for the PlayStation Portable in August 2010. Ace Combat: Assault Horizon was launched on October 11th, 2011 for the PlayStation 3 and Xbox 360. Namco Bandai later revealed working on a new Ace Combat title for the Nintendo 3DS, which has been revealed to be Ace Combat: Assault Horizon Legacy. 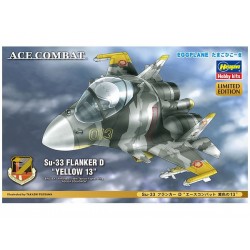 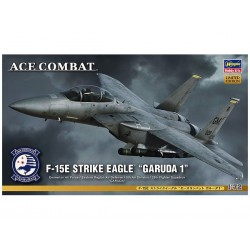