Voyage to the Bottom of the Sea

Voyage to the Bottom of the Sea is a 1960s American science fiction television series based on the 1961 film of the same name. Both were created by Irwin Allen, which enabled the movie's sets, costumes, props, special effects models, and sometimes footage, to be used in the production of the television series. Voyage to the Bottom of the Sea was the first of Irwin Allen's four science fiction television series, as well as the longest-running. The show's main theme was underwater adventure. Voyage was broadcast on ABC from September 14, 1964 to March 31, 1968, and was the decade's longest-running American science fiction television series with continuing characters. The 110 episodes produced included 32 shot in black-and-white (1964–1965), and 78 filmed in color (1965–1968). The first two seasons took place in the then future of the 1970s. The final two seasons took place in the 1980s. The show starred Richard Basehart and David Hedison. 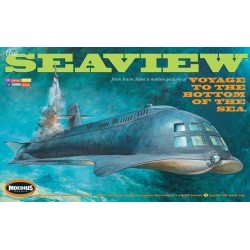 1/128 The Seaview' from the Voyage to the bottom of the sea. 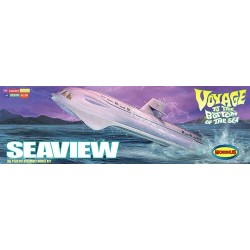