Ultraman (ウルトラマン Urutoraman) is a Japanese Tokusatsu television series that first aired in 1966. Ultraman is a follow-up to the television series Ultra Q, though not technically a sequel or spin-off. The show was produced by Tokyo Broadcasting System and Tsuburaya Productions, and was broadcast on Tokyo Broadcasting System (TBS) from July 17, 1966 to April 9, 1967, with a total of 39 episodes (40, counting the pre-premiere special that aired on July 10, 1966). Although Ultraman is the first series to feature an Ultra-Crusader, it is actually the second show in the Ultra Series. Ultra Q was the first. In fact, Ultraman opens with the Ultra Q logo exploding into the Ultraman logo. Ultraman ultimately became a major pop culture phenomenon in Japan. The show's success spawned dozens of sequels, spin-offs, imitators, parodies and remakes. To distinguish him from subsequent Ultra-Crusaders, Ultraman is referred to as the Original Ultraman (初代ウルトラマン Shodai Urutoraman), The First Ultraman, or Ultraman Hayata (a reference to his host's surname). 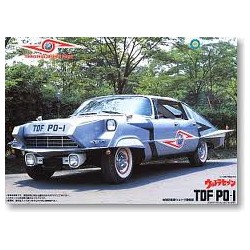 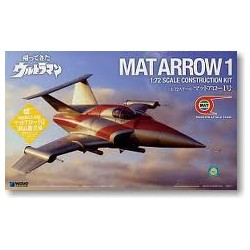