Super Robot Wars (スーパーロボット大戦 Sūpā Robotto Taisen) is a series of tactical role-playing video games produced by Banpresto, which is now a Japanese division of Namco Bandai. The main feature of the franchise is having a story that crosses over several popular mecha anime, manga and video games, allowing characters and mecha from different titles to team up or battle one another. The first game in the franchise was released for the Nintendo Game Boy on April 20, 1991. Later spawning numerous games that were released on various consoles and handhelds. Due to the nature of crossover games and licensing involved, only three games have been released outside of Japan, these games only feature Banpresto's own original characters and mecha. The franchise celebrated its 20th anniversary in 2011. 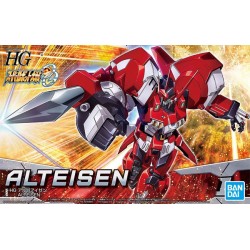