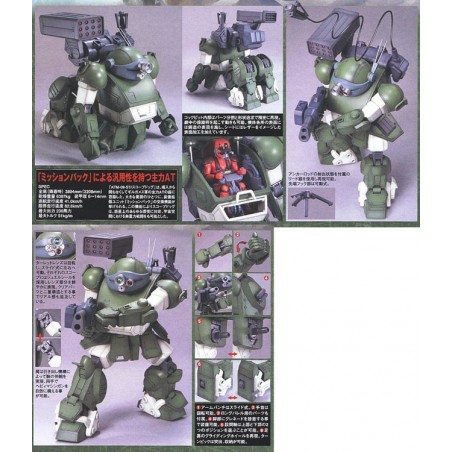 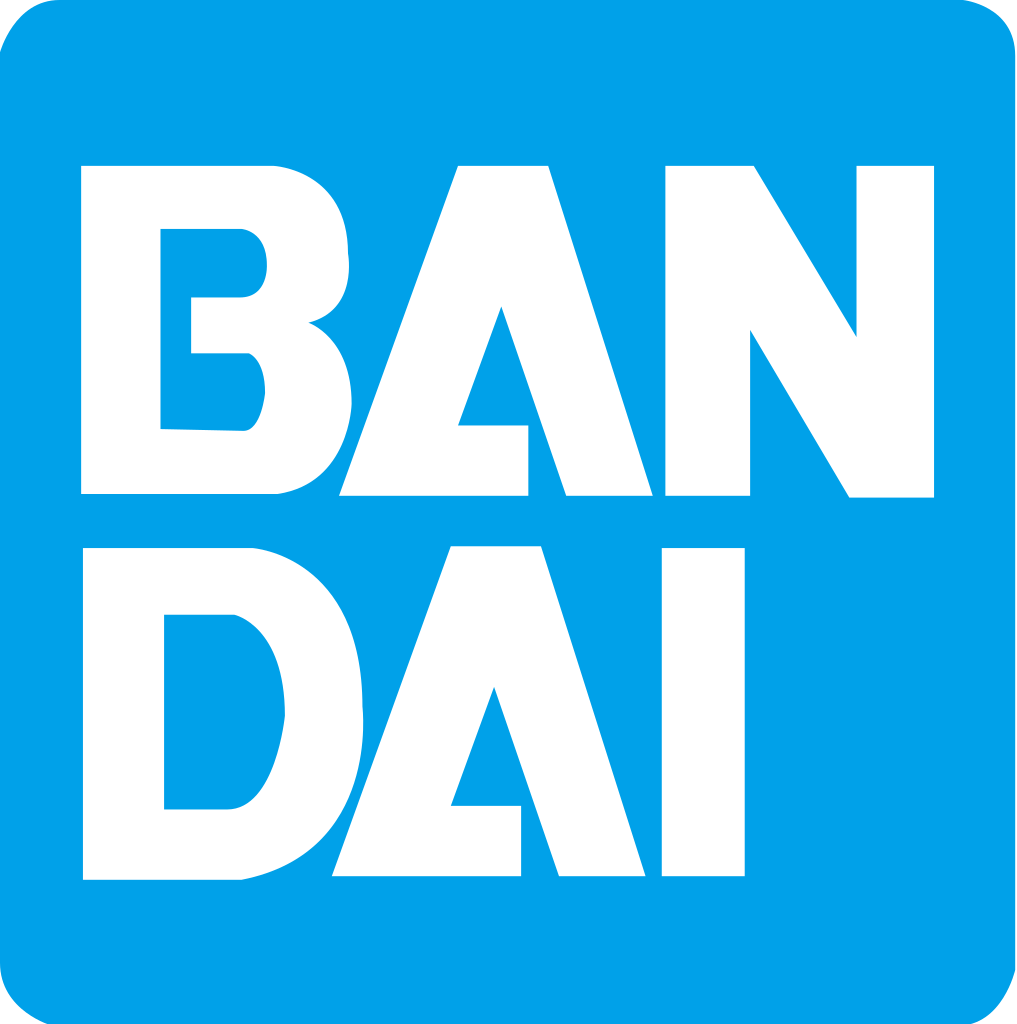 Ratings and comments from our customers
( 0.0 / 5) - 0 feedback(s)
This item is an injection-plastic kit of a science-fiction/anime item.

Bandai wows fans yet again with the release of another fantastic plastic kit of the Scopedog! This time the spotlight is on the war machine as it appears in the "Armored Trooper Votoms: Pailsen Files" OVA! The kit is manufactured with the same superb quality as Bandai's previous 1/20 AT kits and has the same "Bolt On Snap" feature, where you get the feeling that you're actually assembling an AT by putting the tiny bolts into position with a small wrench!

Molded in color, the sharply detailed snap-fit parts have intricate mechanical detailing, right down to the inner workings of the heavy machine gun! Its camera eye can turn and slide from left to right, and the Scopedog's flexible joints allow it to be set in various dynamic poses and in down form. The working gliding wheels on the soles of its feet are deployable, and the turn picks are extendable. The Scopedog's armaments include a machine gun with optional long and short barrel attachments, and grenades that can be attached to the sides of its lower legs. Its mission pack comes with interchangeable parts including a 12-tube missile pod and anchor rod with bendable wire. Up to three gatling gun magazines can also be stored on the mission pack.

The Scopedog can be configured with custom attachments and weaponry for creating one of five of the pilots' units in Berkoff's squad (Chirico Cuvie, Gary Godan, Glenborash Droka Zaki, Dare Kochak, and Nol Berkoff himself). Two 1/20-scale Chirico Cuvie figures, one standing and one sitting, molded on an orange runner, are included, along with two types of heads, masked and unmasked. Foil stickers are included along with red and green jewel stickers for the camera lenses and a sheet of waterslide decals. 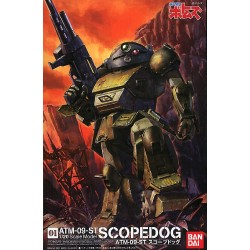 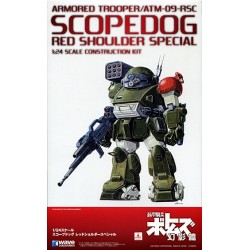 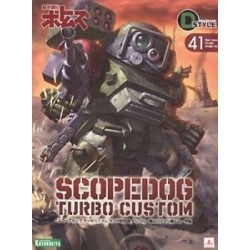 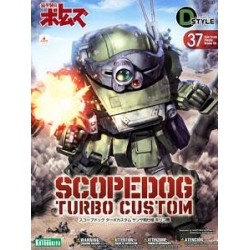 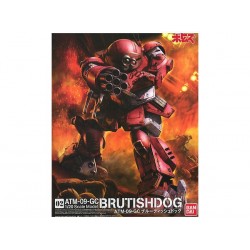